“Rosita doesn’t want to speak, ever again! She doesn’t like the way she sounds. She says she sounds different.”
— Big Bird

Today I happened upon an episode of Sesame Street that’s all about sociolinguistics.

The vignette touches on sociophonetic variation, bilingualism, ethnicity, accents, identity, and the very real effects of linguistic discrimination: silencing children who speak in non-standard ways. The episode first aired in 2004*, and the relevant story starts at 1 minute, 45 seconds in, and lasts until 12 minutes in. The first musical number is an obvious nod to Pygmalion (with a pig named Henry Piggins, of course!), but luckily that story line doesn’t get very far. In fact, Rosita’s negative reaction to her Eliza Doolittle experience is a very realistic one.

Rosita is a bilingual monster of Mexican origin who has been part of Sesame Street’s cast since 1991 and who regularly speaks and sings in both Spanish and English, with code-mixing. This particular scene focuses on one specific aspect of Rosita’s accent, what linguists refer to as a tensed /ɪ/-vowel. /ɪ/ is also called the KIT vowel, because it’s the vowel that occurs in words like kit, bit, dip, etc. ‘Tensed‘ refers to the quality of that vowel: because there’s no /ɪ/ in Spanish, in Rosita’s accent it’s pronounced more like /i/, so that bit and dip sound more like beet and deep. There is also some mention of how her /p/ sounds (to the ears of the non-Spanish-speaking muppet kids) more like a /b/ than a /p/. But when the pig comes along the focus is really all on the KIT vowel.

A tiny technical quibble here: the only downside to their presentation is the explanation that Rosita’s tense KIT vowel sounds the way it does because she’s bilingual, rather than because she’s Mexican American. We know that monolingual Mexican Americans can have a tensed KIT vowel, too, especially in certain phonological contexts. And because of this and other accent features that are similar to bilingual speakers’ accents, they are often assumed to speak Spanish or criticized for being monolingual. You can read more about Chicano English in this interview with my fellow sociolinguist, Carmen Fought.

Many adults could benefit from watching this episode, especially anyone involved in education and education policy. We know that discrimination based on accent is pervasive among adults, but the specific effect of children who stop speaking up in class because of their accent or dialect has also been documented, such as in the recent work by another fellow sociolinguist, Julia Snell. The potential consequences for educational attainment are profound. If anyone’s interested in learning more about this important area of work, please leave a note in the comments and I’ll be happy to send more resources. 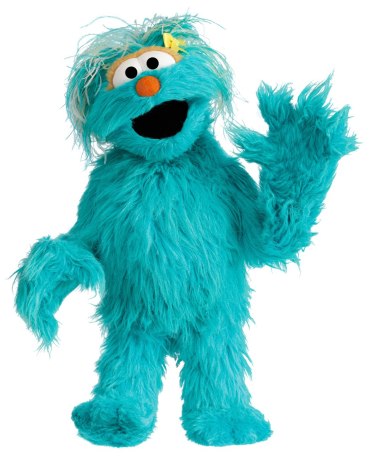 *Thanks to Ben Zimmer for finding the link!

3 Responses to Sesame Street does Sociophonetics